Passage of House Bill 212, “AN ACT relating to county reapportionment and declaring an emergency.” pushes the timeline back again, to 2023.  This bill was signed by the Governor February 25, 2022. 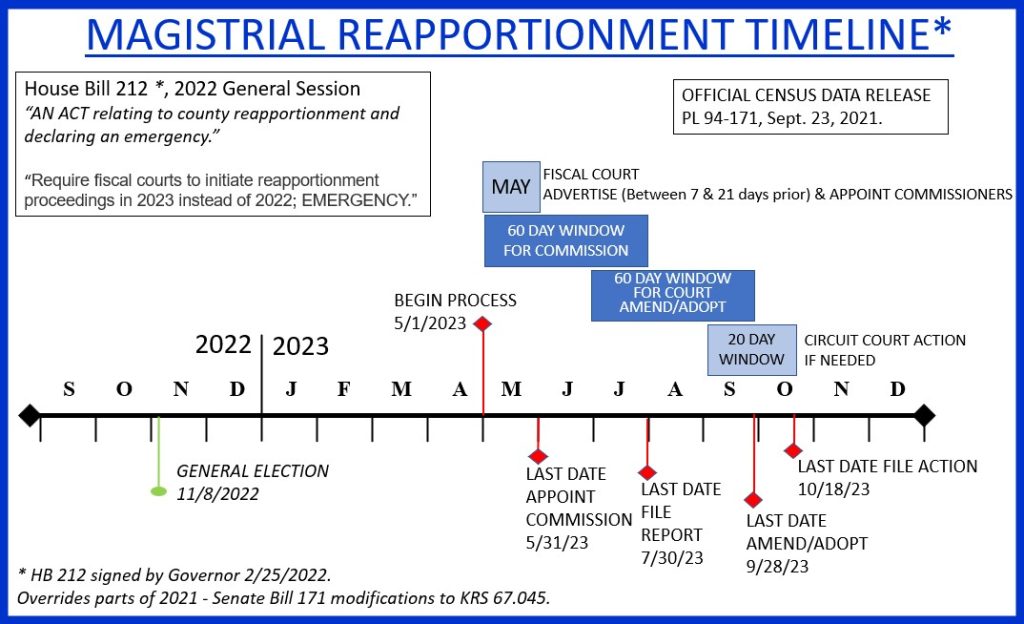 BACKGROUND:  The 2020 Census Day was April 1, 2020.  In addition to the standard mail-in response this Census allowed online or phone response options for the first time.  Initial mailings to households began March 12th.  Prior to April 1st, the household response rate as a result of these mailings was 36.2%.   Due to COVID-19 issue, the initial stop date for self-response and field worker collection of July 31st was postponed several times.  Into August then September, until a final date of October 5th. On Oct 6, 2020, the Census Bureau reported that 99.7% of all housing units had been accounted for vs. an increase of 0.1% over the 2010 Census.  However, various court orders forced the Census to again extend until October 31st.  The Census reported a housing unit account rate of 99.9% as of October 12th.  On October 13th the US Census announced that they would end data collection as of October 15th.  A final response rate for households was announced on October 19th of 99.98%.

These numerous delays in the collection process propagated into the reporting schedule.  The state population totals necessary for the reapportionment of the the US House were announced April 26th vs. the traditional date of  December 31, 2020 or the federally proscribed date of prior to April 1, 2021 (Public Law 94-171).  This delay will also carry over to the data required for Kentucky to redistrict the House districts and for counties to evaluate existing magisterial districts.  This data was released September 23, 2021, although raw data did become available as early as August 16th for users equipped to analyze it.  The Legislature via Senate Bill 171 adapted the existing KRS 67.045 applicable law for magisterial redistricting to meet the new release dates by delaying the timelines proscribed in that statute by one calendar year.

Passage of House Bill 212, "AN ACT relating to county reapportionment and declaring an emergency." pushes the timeline back again, to 2023.  This bill was signed by the Governor February 25, 2022. 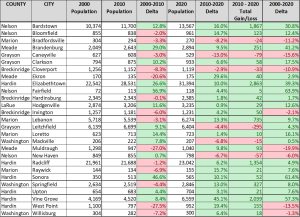 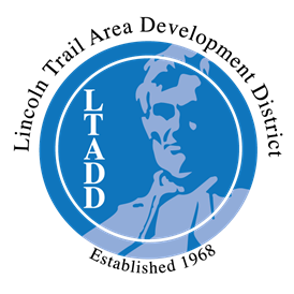